Alpha Hunters is a trading software company that
designs software for traders by traders.

Alpha (α) is a term used in investing to describe an investment strategy's ability to beat the market, or it's "edge." Alpha is thus also often referred to as “excess return” or “abnormal rate of return,” which refers to the idea that markets are efficient, and so there is no way to systematically earn returns that exceed the broad market as a whole. Alpha is often used in conjunction with beta (the Greek letter β), which measures the broad market's overall volatility or risk, known as systematic market risk.
Alpha is used in finance as a measure of performance, indicating when a strategy, trader, or portfolio manager has managed to beat the market return over some period. Alpha, often considered the active return on an investment, gauges the performance of an investment against a market index or benchmark that is considered to represent the market’s movement as a whole. The excess return of an investment relative to the return of a benchmark index is the investment’s alpha. Alpha may be positive or negative and is the result of active investing. 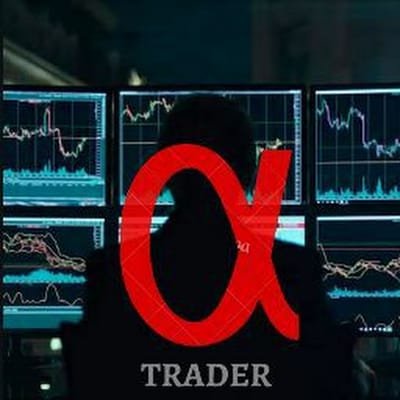 Futures, Options on Futures and Forex trading involves a substantial degree of risk of loss and is not suitable for all individuals. An investor could lose the entire investment or, in some cases, more than the initial investment. Past performance is not necessarily indicative of future results.